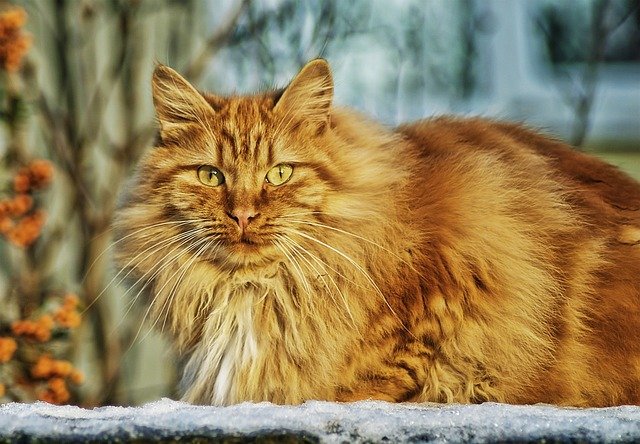 The first time I met Dr. Kevin Wolfer was many years ago, when, distraught, I brought my husky-golden retriever puppy, Zoya, to the Lyons Veterinary Clinic after she had been hit by a car,

I knew immediately she was in good hands because as soon as he bent over to examine her, she licked his ear. And kept licking as she snuggled against him. She was lucky that all she suffered was a sore paw, but I could see her bonding behavior was in full swing, and it lasted her whole life.

For the past 27 years, the Lyons Veterinary Clinic has cared for our animals. Although not the only vet there who has treated them, Kevin has had the most contact with our furry babies. He came in several times for us in emergencies, in addition to pet wellness visits, shots, and the like. None of my animals ever flinched or gave him a hard time.

I immediately felt better as soon as he took charge. He saved Muffin, our big tom cat with a little girl name, when he was a kitten and our other cat bit him. He treated Pearlie Mae, our big yellow lab, for heartworm and later for the autoimmune disease that eventually killed her. He even tried to transfuse his own dog to save her. She was a big affectionate girl, probably close to 130 pounds, and he had her in a large bottom kennel in the clinic. He told me he walked by, said hi to her, and she thumped her tail. When he walked by again 15 minutes later, she had her eyes closed and he knew she was gone.

I am convinced Pearlie knew she was loved at that clinic. She grinned and wrestled with Kim King, who is an assistant there, as Kim got down on the floor of the waiting room to take out Pearlie’s stitches when we had her spayed. Kim was laughing; Pearlie would have, if she could.

We had her cremated, and when the tech brought me her ashes, she was crying. Kevin told me, years later when we were chatting, “You never forget a dog like Pearl.”

When our nearly 18-year-old lab-hound mix, Hank, had a stroke, Kevin put him down and comforted my husband, who was beside himself with grief.

Each time we lost an animal, Kevin sent us a sympathy card. His gentle soul made him perfect for the profession he chose. Kindness and patience, as well a true love for animals, are part of …….