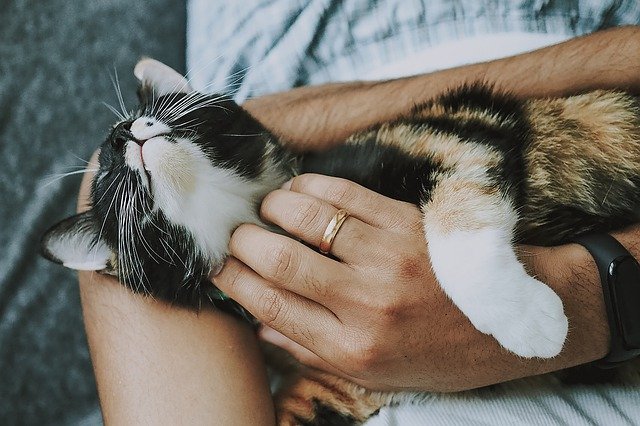 On Sunday morning, daylight saving time ended meaning we all set our clocks back an hour, theoretically giving everyone an extra hour of sleep. However, as any pet owner knows, animals don’t observe daylights savings time.

Pets are not down with having their meals and walks one hour later than usual and their owners have been documenting their pets’ hilarious reactions to being fed and walked an hour later than their regular time. This content isn’t just relatable to pet owners, these pets show how we all feel about the inconvenience of daylight savings time.

Here are a few of our favorite pet reactions and tweets about pets and daylights savings time.

In this video posted by @potato.bulldog on TikTok, Potato sits somberly waiting by the door to go out. Potato’s owner says, “Potato, it’s not 5:30 yet. I know you are confused. I know daylight savings sucks, but we have to wait another hour.” Isn’t that right?

Potato repeatedly hits a button that says “go outside,” eventually slumping over and accepting defeat.

In less than 24 hours a video Potato sitting somberly by the door has garnered 4 million views and over 750,000 likes on TikTok.

2. Wouldn’t want to be on the receiving end of that glare

In this TikTok posted by @sirsnowball, Snowball, a white cat sits by his food bowl and stares his owner down. His owner says, “You think it’s breakfast time, but it isn’t.”

The TikTok account @packmentality posted a video of Magnum the boxer staring down at the camera. The sound says, “wakey, wakey biatch” and the text reads, “On Sunday the clocks go back meaning an extra hour of sleep. Unless you have a dog.”

In this TikTok posted by @corispruiell, her husky howls for food. She says, “…….