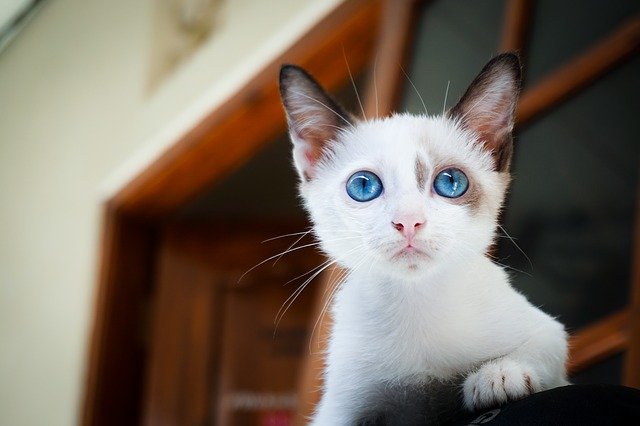 Pets and their owners showed up at Phoenix Park in Tahlequah Saturday for the third Tahlepaws Howloween Pet Wellness Fair.

Alexis Colvard, transport coordinator for HSCC, said the event was planned because too many animals are being killed due to worms, and that can be preventable.

“We are here today to teach you to better take care of your animal because we don’t want to end up with them. We want them to stay in your home,” she said.

The event was sponsored by the Cherokee Nation Office of Environmental Health, Lakeside Veterinary Services, Dr. Hobbs Veterinary Clinic, and Pets for Life Tahlequah. For the second year, the wellness fair was a drive-thru event wherein animal lovers were given information sheets with facts and tips about pet care as they waited in line.

Those who attended the third Tahlepaws event could also get microchips for their pets for $10 each. A microchip is injected under the loose skin between the dog’s or cat’s shoulder blades.

Shaun West, president of HSCC, said microchips can last for years and cannot be lost or removed.

“In case the dog or cat is lost without a tag, most vets and humane societies have a reader that can provide owner information,” said West.

The event brought in a number of dogs and cats. West said out of them all, 189 received rabies shots, 179 were given booster shots, close to 50 got microchips, and over 100 received worm medication.

Tara Parker brought her four dogs to get the free care, and she said the drive-thru concept was efficient for her family. Parker’s two-year-old Bernese mountain dog, Jolene, seemed to enjoy attention she got when she was getting her medicine.

“Today she had her rabies, her parvo, and the dewormer. She already has a microchip so she didn’t have to have that today,” said Parker.

Volunteers gave out leashes, and collars, toys, bedding, and diapers. The Humane Society tries to find homes for animals that are frequently abandoned. To date, from January 2017, Colvard has been able to transport over 4,000 dogs to animal rescue organizations near Chicago, where a system is in place to handle excessive numbers.