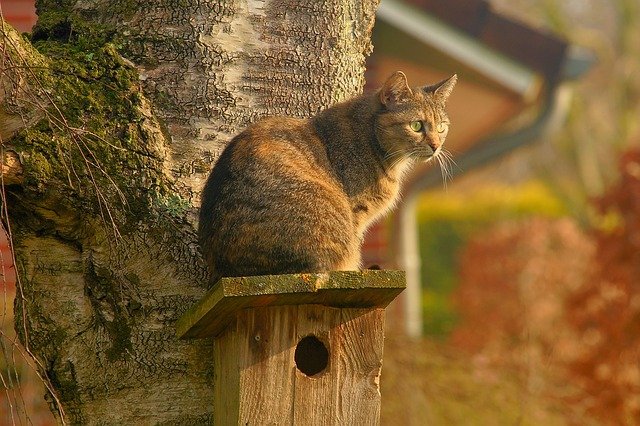 When it comes to dogs and cats — and the occasional well-groomed pot-bellied pig — Dr. Dana Varble, the chief veterinary officer for the North American Veterinary Community said, “In general, it is a very good thing for animals to sleep with their people.”

“Do you really think there’s enough room for you?” — Delilah, a 10-year-old Siberian husky.

“Who says everyone can’t fit in the bed? As long as I get the biggest part so I can spread out, I’m cool.” — Beast (bottom right), a 106-pound European Doberman, with (clockwise from bottom left) his sisters Buttercup and Bear; brother Joey, laying on their human; and sister Bailey. Courtesy Stephanie Moody/Rue’s Rescue & Sanctuary

“In the animal world, animals who are bonded tend to sleep together,” Varble said.

“Come on, Dad, that’s enough sports for tonight. It’s time for bed.” — Ellie, a 6-year-old German shorthaired pointer, who likes to sleep under the covers next to her humans. Courtesy Trent Loyd

Dogs and cats who share their human’s bed tend to have a “higher trust level and a tighter bond with the humans that are in their lives. It’s a big display of trust on their part,” Varble said.

Banshee, a 6-year-old Husky mix, is a rescue who survived heartworms.

Courtesy Stephanie Moody/Rue’s Rescue & Sanctuary “When a dog turns their back to you, it’s an incredible sign of trust because that is a very vulnerable position for them — they can’t keep watch for danger,” Varble said.

Mason, a 3-year-old lab mix, loves to sleep next to his dad every night but hates covers.

Courtesy Trent Loyd “Dogs and cats who are more closely bonded with their humans get additional health benefits,” Varble said, including increases in oxytocin and dopamine, the feel-good hormones.