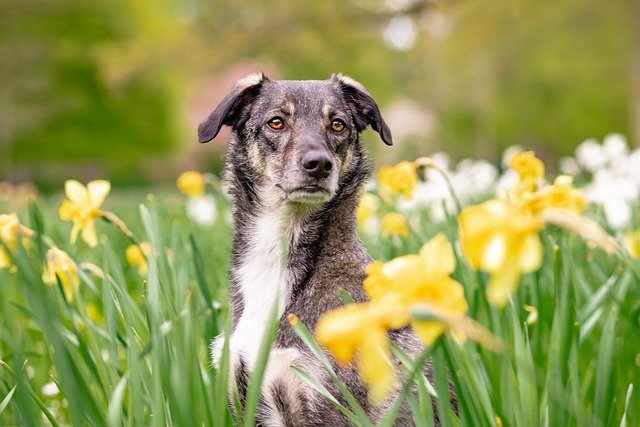 Distraught owners have spoken out about losing their beloved dogs on bonfire night as two canines who were ‘scared to death’ collapse and die over the weekend.

A 10-year-old Staffy Labrador cross was left ‘terrified’ by the noise and collapsed on the bathroom floor in Hemlington, North Yorkshire amidst a chorus of fireworks on Bonfire Night.

Tragically, the beloved canine died despite his owner’s attempts to resuscitate him via mouth to mouth.

Elsewhere another owner in Northern Ireland said his dog Ollie had died from a heart attack allegedly ’caused by fireworks’ last week.

According to owner Jeff Hull, the one-year-old Lhassa Apso had a seizure, which caused his heart to stop following the loud bangs the occurred over the weekend.

Other pet owners have also revealed how their dogs bolted and went missing for 36 hours -with one even running into the sea and swimming for nearly ten miles in Whitstable, Kent to get away from the noise.

Dexter (pictured), 10, a Staffy Labrador cross, was found ‘laid flat on the floor’ in the downstairs bathroom after running scared from noisy fireworks during Bonfire Night

Dexter (pictured) was ‘trembling’ before he collapsed and died during Bonfire Night. Owner Judith Watson, 63, shouted Dexter’s name after finding her beloved dog collapsed on the floor

Meanwhile another owner has been left heartbroken after his beloved pet died from a heart attack ’caused by fireworks’. Jeff Hull said that Ollie was so petrified of the loud bangs from fireworks that he suffered a seizure

A nine-year-old Japanese Akita was found, exhausted, shivering and bedraggled. In Newquay, the owners of an Akita Shepherd cross named Edward are rejoicing after their five-year-old dog was found after a gruelling 36-hour search.

He ran off when fireworks made a loud bang on Bonfire Night and it was feared the pooch had plunged to his death over a 100ft seaside cliff – but miraculously he was found at the end of Newquay headland a day and a half later.